IIT Bombay researchers have fabricated a carbon-based nanostructure that is capable of simultaneously adsorbing with very high efficiency four heavy metals — arsenic, chromium, cadmium and mercury — from wastewater. The nanostructure can be recycled and reused multiple times. 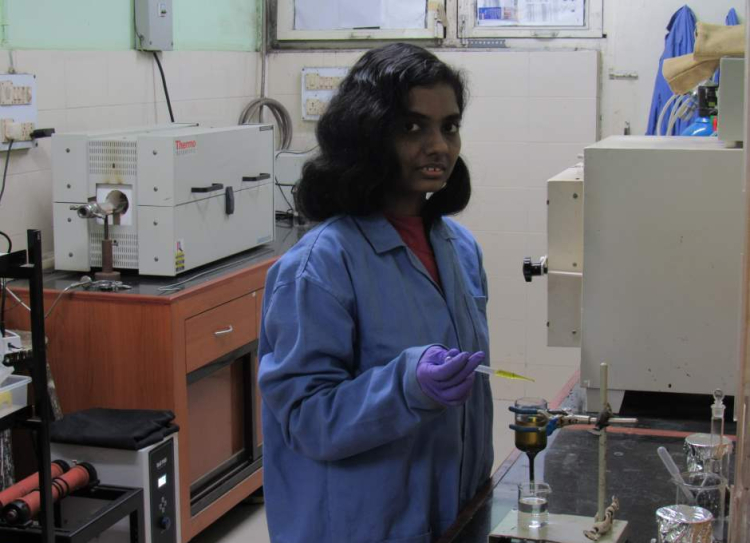 |SOURCE| Simultaneously removing heavy metals such as arsenic, chromium, cadmium and mercury from waste water with very high efficiency now appears to be possible, thanks to the work done by researchers at the Indian Institute of Technology (IIT) Bombay. The carbon-based nanostructure that the team fabricated show 80-90% adsorption efficiency for all the four heavy metals studied.

No electricity is required for the nanostructure to remove heavy metals from water as it allows for gravity-driven purification of the water. The nanostructures can be recycled and reused multiple times. While there is an initial drop of about 8% after the first cycle, the efficiency remains constant at 75-85% in the subsequent cycles. The carbon nanostructure is able to adsorb the heavy metals in the wide range of pH conditions — pH 2 to 13. The results were published in the journal ACS Applied Nano Materials.

To fabricate the carbon-based nanostructure that has a shape of marigold flower, the team led by Prof. Chandramouli Subramaniam from the Department of Chemistry at IIT Bombay used dendritic fibre nanosilica spheres as template. The carbon nanostructure is obtained through a single-step process of chemical vapour deposition followed by removal of the silica template.

“What we get is a marigold-like nanostructure made of carbon that has high specific surface area, optimal porosity and pore volume. The carbon nanostructure has 15-20% micropores (less than 2 nanometre) and 80-85% mesopores (2-50 nanometre),” says Prof. Subramaniam. “The reason why it shows very high adsorption efficiency is due to its hydrophilic [water-loving nature] nature that allows for extensive and rapid interaction between the heavy metal-containing water and the carbon nanostructure.” Also, unlike activated carbon, the surface area of our nanostructure is easily accessible for heavy metals and so the adsorption is high.

“Since the heavy metals chemically react and bind to the surface of the nanostructure, they do not leach back into the water. They can be recovered by treating the nanostructure with mild acid (hydrochloric acid and nitric acid),” says Ananya Sah from IIT Bombay and the other first author of the paper.

“The heavy metals have greater affinity for acid and so they leach out into the acid. This allows us to reuse the carbon nanostructure multiple times,” says Prof. Subramaniam. There is about 10% drop in efficiency after the first cycle as the metals trapped in the micropores do not get leached out when treated with acid. But there is complete recovery of metals trapped in the mesopores.

The team tested the ability of the structure to adsorb heavy metals in industrial effluent over a range of pH conditions (pH 2-13). The industrial effluent was simulated by mixing 100 ppm of each metal. “Adsorption was as effective as the test case for all the four heavy metals. At very acidic pH of 2, some metals did not get adsorbed. But between pH 5-10 the adsorption was very good for all the four metals,” says Prof. Subramaniam.

Most of the adsorbents known are effective against either one or two heavy metal ions. Even the chemisorptive scavenging ones need to have longer treatment column as they need to be multifunctionalised adsorbents. Also, the inlet pressure has to be more. However, the carbon nanostructure was able to scavenge all four metals simultaneously without the need for these.