Researchers have found that over three years of testing lithium ion NMC532 graphite battery cells have the potential to stay structurally sound long enough for cars to reach greater than 1 million miles, and grid connected energy storage to last more than 20 years under daily use. 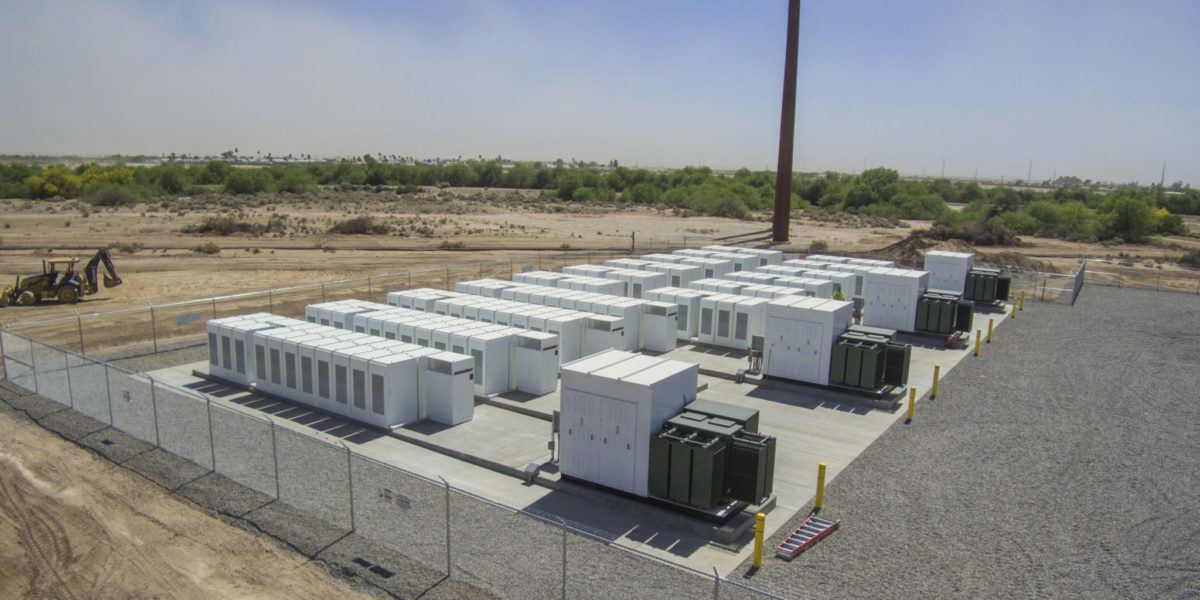 |SOURCE| If any particular technology takes all the oxygen from everyone else because it dominates an industry, then we’re going to have a dearth of investment in these other technologies, and we’ll just never know what we could have had. Let’s think about crystalline silicon solar modules controlling an industry which had a wealth of thin film innovation, and many other ideas. However, if a technology comes in and takes over, leading to broader industry expansion so that the investment crumbs are large enough to still support investment in these secondary ideas – and we get the great technology from the new leader – I’m going to argue we’ll benefit greatly.

In a research paper by a team at Tesla, A Wide Range of Testing Results on an Excellent Lithium-Ion Cell Chemistry to be used as Benchmarks for New Battery Technologies, up to three years of battery testing have found performance that suggests the potential for electric vehicle battery packs that can drive more than 1 million miles and last more than twenty years when used in stationary energy storage situations.

In the paper, testing results on LiNi0.5Mn0.3Co0.2O2 / artificial graphite (NMC532/AG) cells are presented. The authors note that of all the cells tested, the ones with the longest lifetime are the single crystal NMC532/AG cells.

The very technical document goes into many manners of testing multiple cell types under a broad sets of conditions. A specific cell (below image) had 97% capacity retention after 5,300 cycles. The authors noted that there were almost no microcracks in the electrode particles – which they suggested was the reason “why these cells show no loss of positive electrode active mass during cycling.” 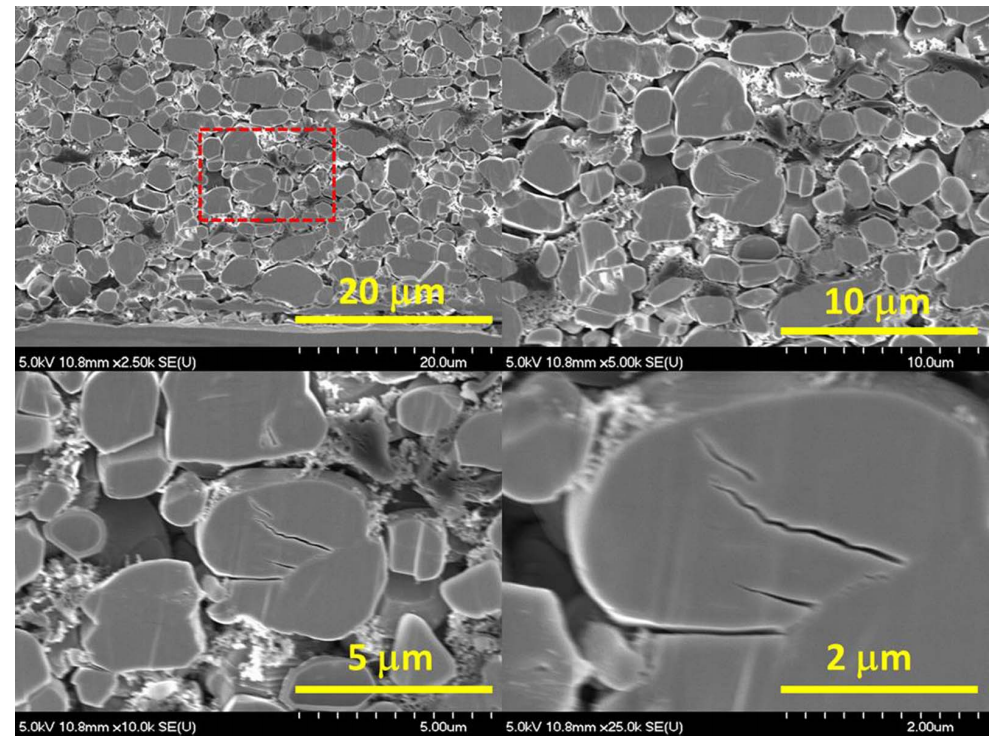 What is interesting is that these twenty years batteries are already being seen by those who develop energy storage projects, and probably by the world’s largest manufacturers who are putting out products with twenty years lifetimes. Cody Hill, an engineer and developer with 10 years in the grid energy storage industry, noted on Twitter this morning:

You can infer that from the existence of 20 year warranties, which implied that folks already knew 7000+ deep cycles was doable with today’s tech.

The progress of the Lithium Ion battery industry has been stunning in the last 7 years in terms of cost and product life.

And what we should expect to see next in the marketplace are investment groups demanding 20-year energy storage contracts coupled with even lower energy storage pricing. SUSI Partners launched what it called the “world’s first dedicated energy storage infrastructure fund”. The fund seeks returns from 8-10% in ten years when accounting for degradation. That degradation could be managed in two ways – the first is by oversizing the battery on day one, so that it meets the needs by year ten. And the second of course is to make a better battery.

With a battery that can last twice as long as was originally modeled by SUSI Partners, they won’t be able to offer a power purchase agreement price that is 1/2 of the original cost – but it’s going to help.

And one must wonder if the old hands of the industry – like Hill noted in his tweet above – have been seeing this long ago. For instance, 8minute Solar Energy caught a bit of the industry off guard when they submitted a 20-year contract on a solar+storage installation at a great price for Los Angeles. And – even further back in history – NextEra submitted quite amazing bids at the beginning of 2018 in Colorado which absolutely shook our perceptions of what was coming (below image). 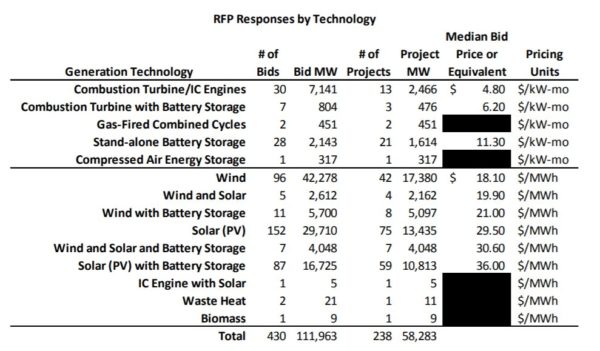 And so we must consider how other technologies are going to deal with this advancement. The greatest sales pitch that comes from flow batteries is that after two decades there will be no degradation, and for that you should pay double or triple the already heavy initial cash outlay for a a lithium ion energy storage solution.

And we are looking for batteries with these long lifetimes. Recently a bill was introduced to the U.S. Congress (though not voted on yet) seeking research funding for batteries that “have a lifetime of— not less than 8,000 cycles of discharge at full output; and 20 years of operation”. Separately, the U.S. government’s Advanced Research Projects Agency – Energy (ARPA-E) is offering up to $30 million in funding to build batteries meeting the below image requirements and last twenty years. Lithium ion isn’t there yet, but it is now arguably in the building. 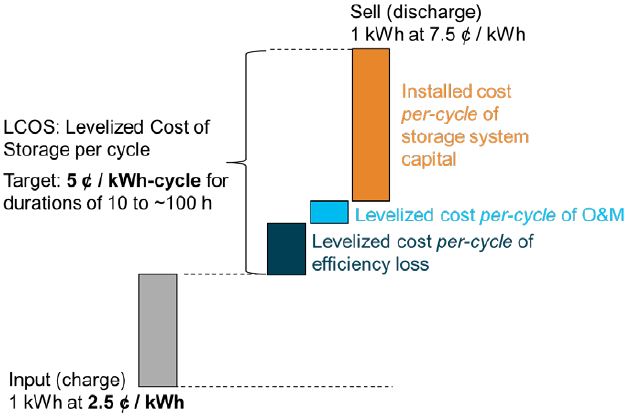 If we do find that our vehicles can go over a million miles before they break down – expect that experiments ongoing in Southern California and Virginia where they will soon test school buses as grid resources – will potentially lead to individuals and fleet vehicle owners to use their batteries in a vehicle to grid ([email protected]) manner, as the losses they’ll sustain will be lesser than the revenue they can generate. That is, unless grid batteries get so cheap, those tiny car batteries won’t be needed.