Particles called axions could reveal how matter conquered the universe 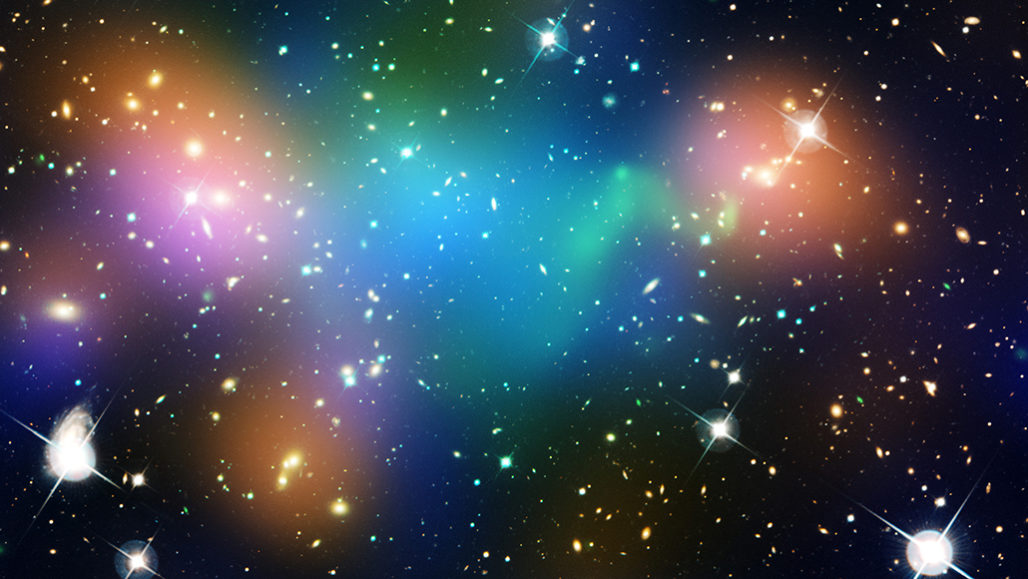 If the subatomic particles exist, they could solve two pressing puzzles of particle physics: the source of the dark matter that fills galaxies with invisible mass, and the reason why interactions between quarks — the particles that make up protons and neutrons — adhere to a certain symmetry of nature, called CP symmetry, that other types of particle interactions eschew.

Now, two researchers say that axions could solve a third thorny problem: why the universe is made mostly of matter, while antimatter is rare. In the early universe, the axion could have behaved in a manner that produces an excess of matter, particle physicists Raymond Co and Keisuke Harigaya suggest in the March 20 Physical Review Letters.

“They have an idea which has all the right ingredients to do some interesting things,” says physicist Michael Dine of the University of California, Santa Cruz. But it remains to be seen whether the idea can fully reproduce the properties of the cosmos, he says. “This is one of those cases where the devil is in the details.”

Scientists think that 13.8 billion years ago, the Big Bang birthed equal parts matter and antimatter. Since matter and antimatter particles annihilate when they meet, that would have left a universe filled with pure energy. So, as the universe evolved, some process must have favored matter over antimatter, but scientists still don’t know for sure how it happened. Some researchers think, for example, that neutrinos played a role.

Now Co, of the University of Michigan in Ann Arbor, and Harigaya, of the Institute for Advanced Study in Princeton, N.J., propose a new idea for how matter gained the upper hand. It’s based on the evolution of the axion field, a hypothetical ethereal blanket that permeates space, similar to how an electric field extends around an electric charge.

Oscillations in the strength of the axion field correspond to axion particles. Picture a marble in the bottom of a plastic soda bottle: Jiggle the bottle, and the marble will wiggle back and forth within one of the divots at the bottle’s base. Similar wiggles in an axion field beget axions. In the early universe, the axion field would have had a lot of energy, before settling into the lowest energy state possible — akin to a marble high up the wall of the soda bottle sliding down into the divot.

What Co and Harigaya propose is that, instead of rolling straight down the bottle’s side, the axion field would have instead spiraled around the bottle to the bottom. Through a sequence of interactions involving the strong force, which binds quarks together, and the weak force, which produces certain radioactive decays, this spiraling, Co says, “is going to lead to a production of more matter than antimatter in the early universe.”

Scientists are currently searching for axions, for example with the Axion Dark Matter Experiment in Seattle. Co and Harigaya’s theory predicts, however, that axions would be a bit more massive than what ADMX is searching for. Future experiments, such as the International Axion Observatory, could look for those bulkier particles.

However, the numbers don’t quite work out yet: The study predicts about 100 times as much dark matter as is needed to explain observations of the universe. But some additional considerations might be able to rectify that mismatch, Co and Harigaya say, for example, if another massive particle exists that scientists have yet to discover.