The supermassive beast lies in a galaxy called M87 more than 50 million light-years away. 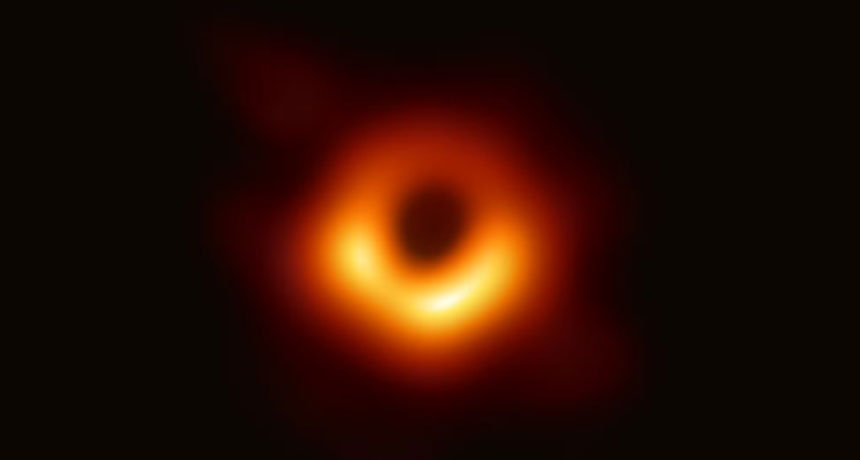 |SOURCE| This is what a black hole looks like.

A world-spanning network of telescopes called the Event Horizon Telescope zoomed in on the supermassive monster in the galaxy M87 to create this first-ever picture of a black hole.

“We have seen what we thought was unseeable. We have seen and taken a picture of a black hole,” Sheperd Doeleman, EHT Director and astrophysicist at the Harvard-Smithsonian Center for Astrophysics in Cambridge, Mass., said April 10 in Washington, D.C., at one of seven concurrent news conferences. The results were also published in six papers in the Astrophysical Journal Letters.

“We’ve been studying black holes so long, sometimes it’s easy to forget that none of us have actually seen one,” France Córdova, director of the National Science Foundation, said in the Washington, D.C., news conference. Seeing one “is a Herculean task,” she said.

That's because black holes are notoriously hard to see. Their gravity is so extreme that nothing, not even light, can escape across the boundary at a black hole's edge, known as the event horizon. But some black holes, especially supermassive ones dwelling in galaxies’ centers, stand out by voraciously accreting bright disks of gas and other material. The EHT image reveals the shadow of M87’s black hole on its accretion disk. Appearing as a fuzzy, asymmetrical ring, it unveils for the first time a dark abyss of one of the universe’s most mysterious objects.

“It’s been such a buildup,” Doeleman said. “It was just astonishment and wonder… to know that you’ve uncovered a part of the universe that was off limits to us.”

The much-anticipated big reveal of the image “lives up to the hype, that’s for sure," says Yale University astrophysicist Priyamvada Natarajan, who is not on the EHT team. "It really brings home how fortunate we are as a species at this particular time, with the capacity of the human mind to comprehend the universe, to have built all the science and technology to make it happen." (SN Online: 4/10/19)

The image aligns with expectations of what a black hole should look like based on Einstein’s general theory of relativity, which predicts how spacetime is warped by the extreme mass of a black hole. The picture is “one more strong piece of evidence supporting the existence of black holes. And that, of course, helps verify general relativity,” says physicist Clifford Will of the University of Florida in Gainesville who is not on the EHT team. “Being able to actually see this shadow and to detect it is a tremendous first step.”

“Black hole environments are a likely place where general relativity would break down,” says EHT team member Feryal Özel, an astrophysicist at the University of Arizona in Tucson. So testing general relativity in such extreme conditions could reveal deviations from Einstein’s predictions.

The image also provides a new measurement of the black hole’s size and heft. “Our mass determination by just directly looking at the shadow has helped resolve a longstanding controversy,” Sera Markoff, a theoretical astrophysicist at the University of Amsterdam, said in the Washington, D.C., news conference. Estimates made using different techniques have ranged between 3.5 billion and 7.22 billion times the mass of the sun. But the new EHT measurements show that its mass is about 6.5 billion solar masses.

The team has also determined the behemoth’s size — its diameter stretches 38 billion kilometers — and that the black hole spins clockwise. “M87 is a monster even by supermassive black hole standards,” Markoff said.

EHT trained its sights on both M87’s black hole and Sagittarius A*, the supermassive black hole at the center of the Milky Way. But, it turns out, it was easier to image M87’s monster. That black hole is 55 million light-years from Earth in the constellation Virgo, about 2,000 times as far as Sgr A*. But it’s also about 1,000 times as massive as the Milky Way’s giant, which weighs the equivalent of roughly 4 million suns. That extra heft nearly balances out M87’s distance. “The size in the sky is pretty darn similar,” says EHT team member Feryal Özel.

Due to its gravitational oomph, gases swirling around M87’s black hole move and vary in brightness more slowly than they do around the Milky Way’s. “During a single observation, Sgr A* doesn’t sit still, whereas M87 does,” says Özel, an astrophysicist at the University of Arizona in Tucson. “Just based on this ‘Does the black hole sit still and pose for me?’ point of view, we knew M87 would cooperate more.”

After more data analysis, the team hopes to solve some long-standing mysteries about black holes, such as how M87’s behemoth spews a bright jet of charged particles thousands of light-years into space.

This first image is like the “shot heard round the world” that kicked off the American Revolutionary War, says Harvard University astrophysicist Avi Loeb who isn’t on the EHT team. “It’s very significant; it gives a glimpse of what the future might hold, but it doesn’t give us all the information that we want.”

Hopes are still high for a much-anticipated glimpse of Sgr A*. The EHT team was able to collect some data on the Milky Way’s behemoth and are continuing to analyze that data, in the hopes of adding its image to the new black hole portrait gallery.

Since the appearance of that black hole changes so quickly, the team is having to develop new techniques to analyze the data. “We’re very excited to work on Sgr A*,” Daniel Marrone, an astrophysicist at the University of Arizona in Tucson, said in the Washington, D.C., news conference. “We’re doing that shortly. We’re not promising anything but we hope to get that very soon.”

Studying such different environments could reveal more details of how black holes behave, Loeb says. “The Milky Way is a very different galaxy from M87.” 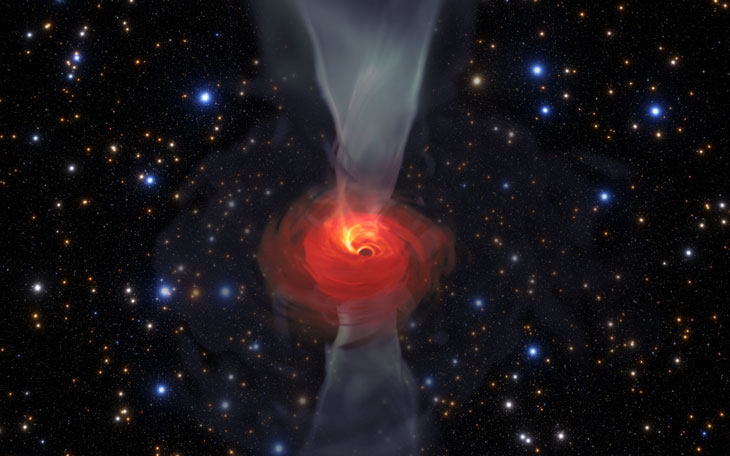 The next look at the M87 and Milky Way behemoths will have to wait.

Scientists got a lucky stretch of good weather at all eight sites that made up the Event Horizon Telescope in 2017. Then bad weather in 2018 and technical difficulties, which cancelled the 2019 observing run, stymied the team.

The good news is that by 2020, there will be more observatories to work with. The Greenland Telescope joined the consortium in 2018, and the Kitt Peak National Observatory outside Tucson, Ariz.,  and the NOrthern Extended Millimeter Array (NOEMA) in the French Alps will join EHT in 2020.

Adding more telescopes could allow the team to extend the image, to better capture the jets that spew from the black hole. The researchers also plan to make observations using light of slightly higher frequency, which can further sharpen the image. And even bigger plans are on the horizon: “World domination is not enough for us; we also want to go to space,” Doeleman said.

These extra eyes may be just what's needed to bring black holes into even greater focus.