SISSA scientists provide a rigorous quantum mechanical explanation of the concept of atomic oxidation number and solve a long-standing conundrum in the physics of ionic conductors, thus paving the way to accurate simulations of a broad class of materials. 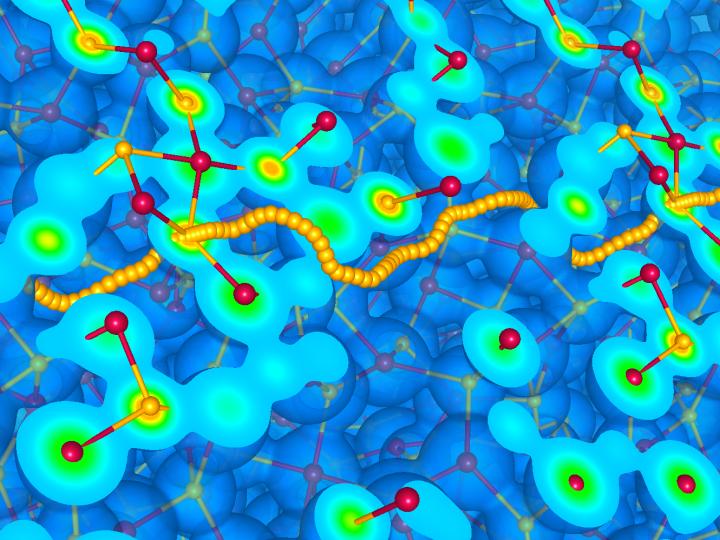 |SOURCE| Even if we study them at school, oxidation numbers have so far eluded any rigorous quantum mechanical definition. A new SISSA study, published in Nature Physics, reverses this state of affairs by providing such a definition, based on the theory of topological quantum numbers, which was honoured with the 2016 Nobel prize in Physics awarded to Thouless, Haldane and Kosterlitz. This result, combined with recent advances in the theory of transport achieved at SISSA, paves the way to an accurate, yet tractable, numerical simulation of a broad class of materials that are important in energy-related technologies and planetary sciences.

Every undergraduate student in the natural sciences learns how to associate an integer oxidation number to a chemical species participating in a reaction. Unfortunately, the very concept of oxidation state has thus far eluded a rigorous quantum mechanical definition, so that no method was known until now to compute oxidation numbers from the fundamental laws of nature, let alone demonstrate that their use in the simulation of charge transport does not spoil the quality of numerical simulations. At the same time, the evaluation of electric currents in ionic conductors, which is required to model their transport properties, is presently based on a cumbersome quantum-mechanical approach that severely limits the feasibility of large-scale computer simulations. Scientists have lately noticed that a simplified model where each atom carries a charge equal to its oxidation number may give results in surprising good agreement with rigorous but much more expensive approaches. By combining the new topological definition of oxidation number with the so-called "gauge invariance" of transport coefficients, recently discovered at SISSA, Federico Grasselli and Stefano Baroni proved that what was considered a mere coincidence stands in fact on solid theoretical grounds, and that the simple integer-charge model captures the electrical transport properties of ionic conductors without any approximations.

Besides solving a fundamental conundrum in condensed matter physics, this result, achieved within the framework of the European MAX Centre of Excellence for supercomputing applications, also represents a breakthrough for applications, enabling computationally feasible quantum simulations of charge transport in ionic systems of paramount importance in energy-related technologies, in the automotive and telecommunications sectors, as well as in planetary sciences. Such applications range from the ionic mixtures adopted in electrolytic cells and heat exchangers in power plants, to solid-state-electrolyte batteries for electric cars and electronic devices, and even to the conducting exotic phases of water occurring in the interior of icy giants, which are supposed to be related to the origin of the magnetic fields in these planets.